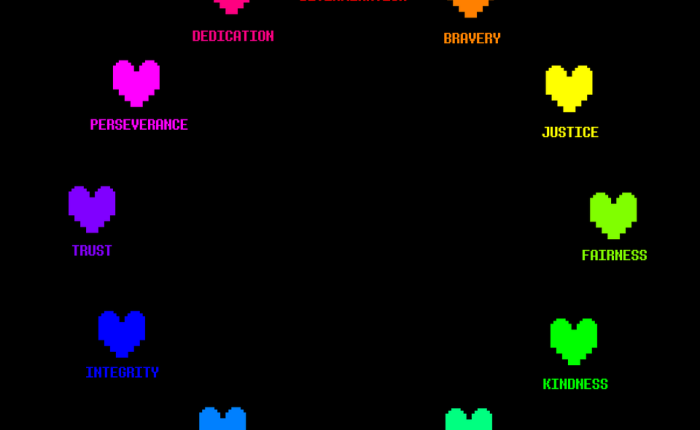 Of all the earthly color, my favorite one is blue!
And in thy glory, even azure oceans fade in hue!
In green you resemble the Nature as if you two are one
and you are everywhere down to humble mosses and ferns!

But woe! Enough said already? Perhaps. How could I tell?
Silence chills and soothes and I shiver all the same,
trembling in deep shock and awe from inside, but in the end
seems I love you even more
than I have loved you ever before,
because of nothing but the color of your soul!

In red you remind me of Menaka,
the Nymph famous for her beauty, and in pure white,
of Parvati, the daughter of the Mountain King!
So, sometime I remain calm, contemplating
like Vishvamitra, the great-saint
and some time I become Shiva-like, tumultuous –
destroying and preserving both, like a raging flood,
or churn the seas to drink the poison, floating in their blood,
depending on the color of your soul,
and in the end I love you even more
than I could have loved you ever before,
because of nothing but the color of your soul!

Menaka was one of the most beautiful celestial nymphs. When king Vishwamitra started his first meditation, Menaka was sent by the gods to lure him out of it. She was successful, by the grace of her divine beauty. They fell in true love with each other which resulted in the birth of a daughter. Their grandchild was called Bharata. The name of India in Sanskrit and other languages descending from Sanskrit is Bharata. However, when Vishwamitra came to know about Menaka’s initial intent (of luring him out of his meditation), he cursed her to be separated from him forever.

She is one of the three daughters (Ganga or the river Ganges was another) of Himavan, the mountain king. Along with Lakshmi and Saraswati, Parvati forms the trinity of goddesses or Tridevi. She is the wife of Shiva. It is said that Parvati embodies the amalgamation of divine knowledge and mother earth.

Along with Brahma and Vishnu, Shiva forms the trinity of gods, Trimurti. He is the god of destruction. Shiva is famous for saving the seas of the world from poison administered by the anti-gods, during their epic battle with the gods. With Parvati, he forms the androgynous god, Ardhanarishwara.

So my love, do I walk away all defeated and resigned?
I could blame it all on my fate
but knowing I too ought to have a hand
in making life a string of escapades,
think I better keep these thoughts to myself!

I missed talking to you about my indecisiveness,
though I know, now is not the time or place
for such petty feelings, it is your time to grow
and be the Summer of abundance for the world;
the final days of Fall is on the previous page!

Is it I whose power lets my fingers fly on the board?
Is it I who makes my neurons construe
sensory stimuli the way they do?
I wish all these were dreams I’m having in my grave!

Eking out an existence like a shrew,
since the days of the lizard kings on earth,
later though, I saw how the others grew,
for me the line between nights and days blurred
into an incoherent congruity,
probably, evolution passed me by!

An abomination of Nature’s whims,
my brain has pectoral flaps and sinews
and nutrients come, not from what gets within
my wrinkled gut but from what my senses could
devour or nibble at in true liberty,
as a sovereign with taste, touch or sight!

How could I classify a disaster like that
and even if I had a class, how could I brag?

“Perhaps only people who are capable of real togetherness have that look of being alone in the universe. The others have a certain stickiness, they stick to the mass.”

My life began
inside my mother’s womb,
in solitude,
sustained by her
through an umbilical cord
until severed clean!

While growing up
I was groomed by nature,
in solitude
and the stars, far away
and clouds, close to home,
that brought teardrops from the sea!

The social norms,
those power dynamics,
to determine
who’s weak and who is strong
cannot hold me,
despite my solitude!

In solitude
I reign supreme
and so shall my death be!
A soloist through life, I have
exchanged the mayhem here
for eternity!

I had a sister in the Amazon,
a solitary Onça-pintada,
this is the tale of how humans violated
her habitat, killing her in the end!

They chopped and burned down the trees to construct
a mighty wonder of human progress
amid the grandest one of Nature’s own
and still my darling Nature sustains them!

She had battled on for many centuries,
while the Dodo and the giant Mammoth failed
but she could only fight so many wars
before yielding to human avarice!

Earlier she had been jailed too, so I heard
for protesting against humankind’s poisoned darts!

My HostGator Blog
EXPLORE YOURSELF!

Wandering Towards Faith Am I